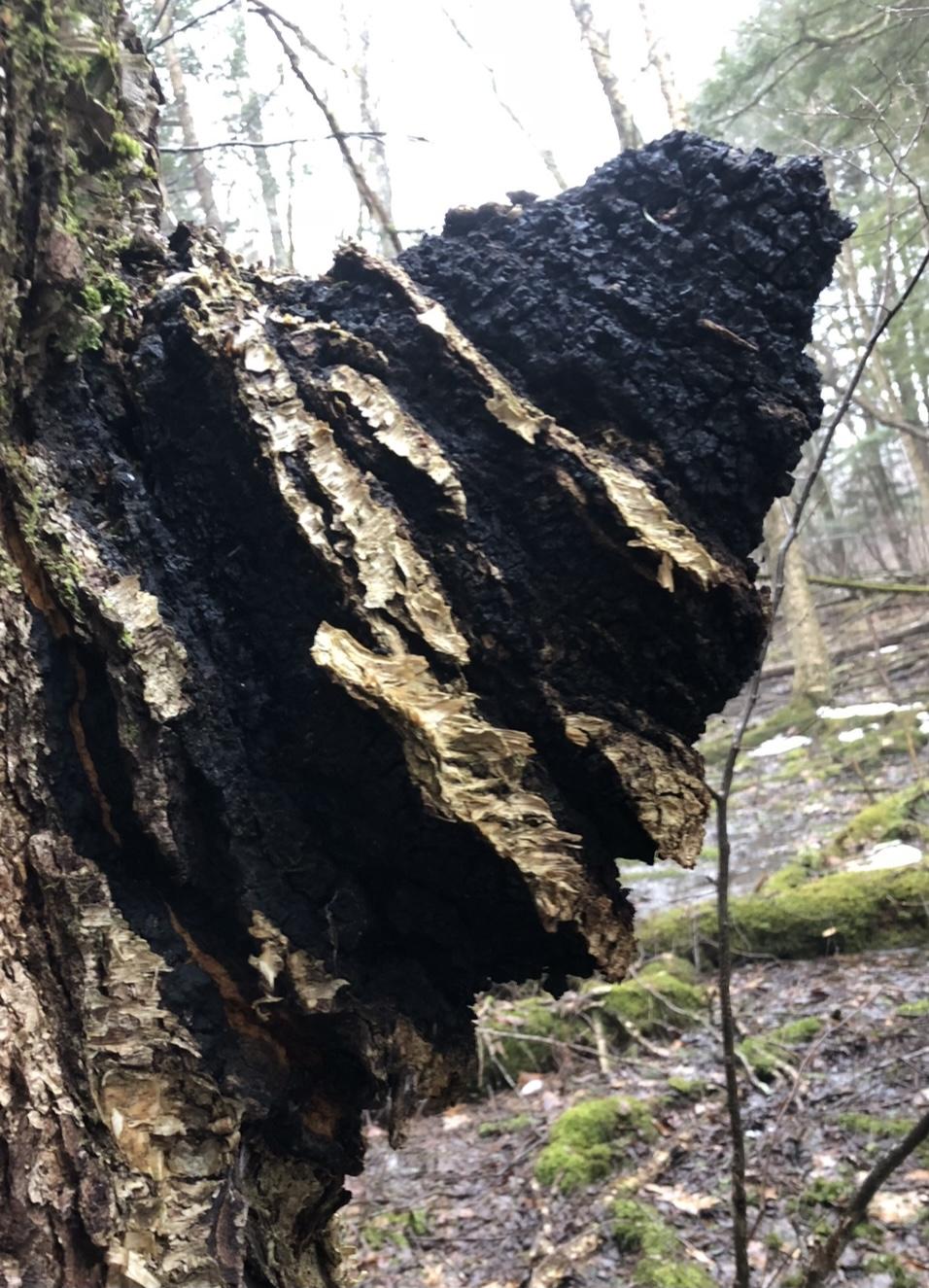 Inonotus obliquus, the Chaga fungus, is a highly nutrient dense sclerotium and not a fruiting body mushroom.  Sclerotium are a dense sterile mass of mycelium and do not release spores.  Functionally, this structure is used as an energy storage reserve and protective measure against pathogens.  Sclerotium are also a nutrient source for the mother fungus during times of stress.

Chaga can live with its host tree, usually birch, for decades.  Available nutrients that humans can utilize include high levels of Superoxide Dismutase, Betulinic Acid and Beta Glucans.  Chaga is a natural antiseptic with anti-viral, anti-bacterial, anti-fungal and anti-milarial properties.  Chaga also serves as a mild blood thinner with the ability to lower blood pressure and cholesterol, while slowing the body’s insulin response.
Native cultures around the world in Russia, China and Canada have used Chaga extracts as a highly revered tonic.  Documented for over 500 years and likely used for much longer.  Chaga fungus, the world’s most nutrient dense fungal organism.  At Green Mountain Fungi, our double extracted Chaga extracts are thoroughly made with traditional holistic methods! 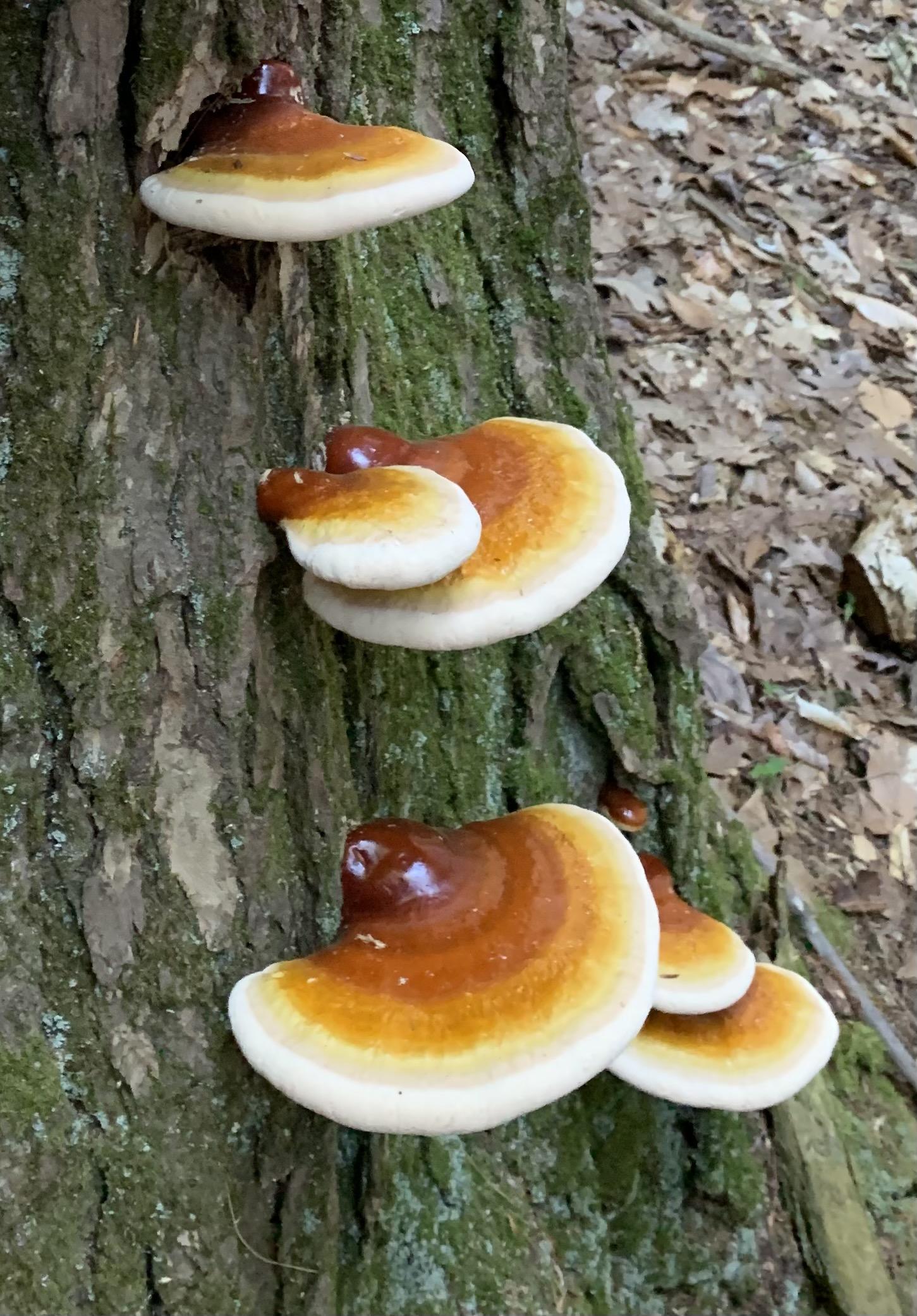 Ganoderma lucidum, the Reishi mushroom.
Reishi is a highly coveted medicinal mushroom with over 2 thousand years of history in traditional Chinese medicine.
For centuries, Reishi was exclusively reserved for royal families in China, being referred to as the “gift from God” and the “king of mushrooms”.  Eastern cultures have long revered this fungal organism for its healing abilities.
Reishi mushrooms contain high levels of immune stimulating beta-glucans, triterpenes, polysaccharides, anti-oxidants, anti-viral, anti-fungal and anti-bacterial antiseptic properties.  This amazing combination of nutrients has been scientifically linked to a number of health benefits.  These compounds account for many of the anti-inflammatory, anti-cancer and anti-diabetic properties of the Reishi mushroom.  They are also believed to slow the aging process by preserving liver health and nourishing the heart while enhancing vitality and strength.  Reishi mushroom, the most documented and utilized medicinal mushroom on earth!  At Green Mountain Fungi, we use traditional holistic methods to create the highest quality extracts for our customers. 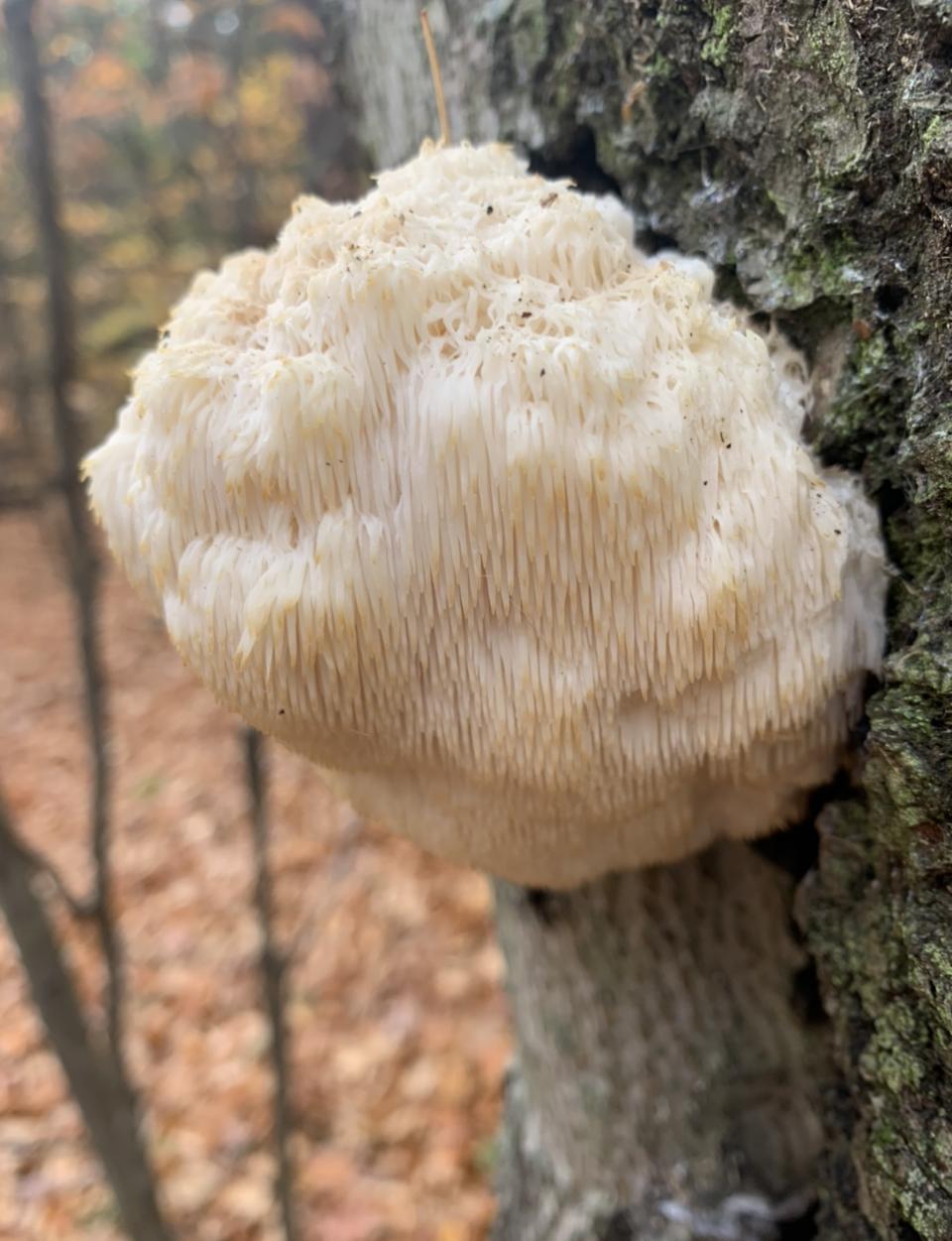 Hericium erinaceus, the Lion’s Mane mushroom, is a prized medicinal and choice edible species.  Beyond its highly coveted culinary uses, Lion’s Mane contains high levels of Beta-Glucans which stimulate the immune system.  Another amazing aspect of this mushroom is the high concentrations of acetylcholine.  This nueroregenerative compound is being heavily studied and used in Alzheimer’s patients.  As a strong neurotransmitter, acetylcholine supports cognitive functions and contributes to anti-dementia support.  Like many medicinal mushrooms, Lion’s Mane contains anti-oxidant, anti-Inflammatory and anti-bacterial properties .  Studies have also shown that improved gut health is attained while using extractions from this superior organism.  As you can see, there are so many reasons to supplement with the Lion’s Mane mushroom.  Allow Green Mountain Fungi to bring our traditional formulas into your life and begin supplementing this incredibly functional medicinal mushroom! 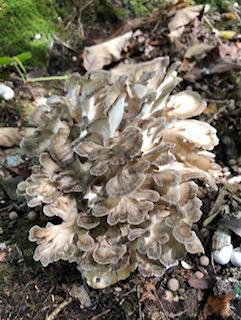 Grifola frondosa, the Maitake mushroom, referred to in the orient as the dancing mushroom.  Dubbed the Hen of the woods in western cultures.  Found only in late summer into early autumn, Maitake is native to China, Europe and North America.  A choice edible that has been used for culinary purposes for thousands of years.  Medicinally speaking, the Maitake is a phenomenal organism, used to treat cancer and offset the side effects of chemotherapy.  This powerful mushroom is also capable of boosting immune function, lowering blood pressure and cholesterol while managing glucose levels.  Unbelievably, this species also contains scientifically documented anti-tumor properties.  It’s hard to imagine one mushroom has the power to affect the human body from so many angles.  Extraordinary, the highly coveted Maitake mushrooms can contribute to our lives in many amazing ways.  Using only locally sourced wild fruiting bodies, allow Green Mountain Fungi to bring our traditionally extracted formulas into your home! 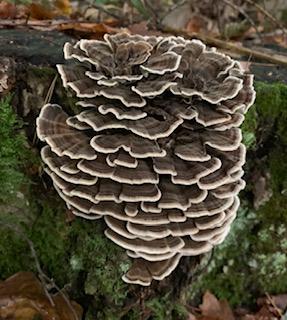 Trametes versicolor, the Turkey Tail mushrooms, has been used around the world for centuries to treat many conditions.  In clinical trials, the most striking function of this superb medicinal mushroom was its ability to boost the immune system.  Harboring Beta-Glucans, polysaccharides and polysaccharopeptides.  In China and Japan, Turkey Tail mushroom extractions are commonly used as anti-cancer agents in conjunction with chemotherapy and radiation treatments.  Along with these amazing immune enhancing and anti-cancer compounds, Turkey Tail also contain prebiotics which nourish important gut bacteria.  Some studies also demonstrate that this amazing mushroom may improve the body’s insulin response and serve as an anti-inflammatory agent.  A powerful organism with the ability to support the human body in many ways.  The Turkey Tail mushroom, a true gift from Mother Nature!  Using only wild foraged fruiting body mushrooms, allow Green Mountain Fungi to bring the wonders of the forest into your home.